Well, it seems as if Win­ter is over and it’s officially…Summer? At least I got to see one snow storm before it became 80 degrees… 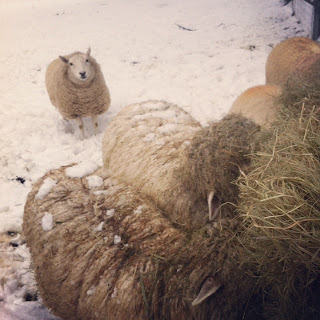 The sheep are def­i­nitely hap­pier, they’ve started ignor­ing their hay in favor of the green shoots that are sprout­ing up through­out their pas­ture. I’ve been watch­ing them closely to see if their bel­lies are round­ing out with lit­tle lambs, and I believe that they are. They also seem to be laz­ing through­out the pas­ture more, but that might just be because they’re happy for warmth and sun to lay in.
Lambs aren’t the only babies that we’re get­ting ready for. I just placed an order for 75 free­dom ranger chicks, which were our favorite broiler chicks from last year, so those should be arriv­ing mid-April. Also, arriv­ing mid-April is our new sow who we’re going to pick up from Sugar Moun­tain Farm in Ver­mont. She will already have been bred, and should have piglets within a cou­ple weeks of arriv­ing. We also recently decided to start two bee­hives by the gar­den, which is very excit­ing. We’ve only learned a lit­tle bit about bees, but we can already tell that they’re going to be fas­ci­nat­ing to raise, not to men­tion how excit­ing it’s going to be to have our own honey or how help­ful they’re going to be in the gar­den. They should arrive in early May, around the same time as the lambs.

And don’t for­get about these babies…

After weeks of wad­ing through spread­sheets we finally have a full plant­ing sched­ule for the sea­son, just in time to start plant­ing! With tem­per­a­tures in the 80s this week, keep­ing these lit­tle guys at the right tem­per­a­ture has been dif­fi­cult. The green­house has been sky­rock­et­ing past 100 degrees daily so we’ve had to keep the flats out­side. Although it’s hard to com­plain about beau­ti­ful days and sun, this unsea­son­able weather makes us, as new farm­ers, pretty ner­vous. What’s next? Snow­storms in June?

Mean­while, we’ve been work­ing on our new CSA pick-up room in the barn. One of the rooms on the back right-hand cor­ner of the farm’s beau­ti­ful 1800s barn was (extremely kindly and effi­ciently) cleaned out for us, and we got right down to work cut­ting a door to the garage (aka our tool stor­age and veg­etable clean­ing sta­tion) into our new farm store! 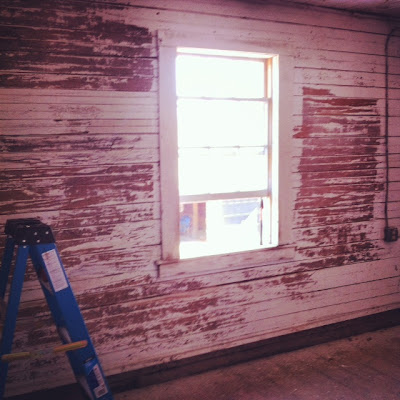 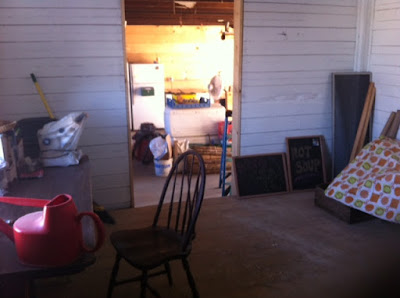 Now that the paint­ing is done, we can start orga­niz­ing! Happy Spring every­one! It’s time to get back to work! 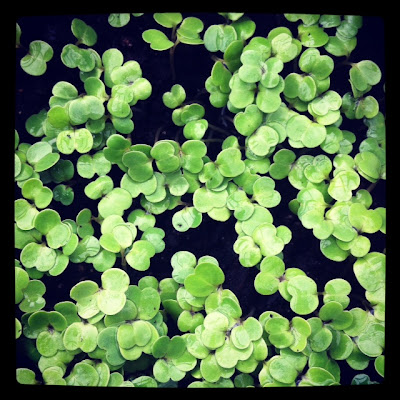