Well, I’m happy to report that the doxy­cy­cline seems to be doing it’s job and this week is promis­ing to be much bet­ter than the last one.

Just in time too, because we had four lit­tle piglets wait­ing for us in New Hamp­shire. Yes­ter­day morn­ing Dave put the fin­ish­ing touches on our piglet pen, we packed a cou­ple sand­wiches (and some of Becca Chapman’s famous oat­meal wal­nut pecan cook­ies), threw a cou­ple of old large dog crates in the back of the truck and pre­pared to make the trip north. 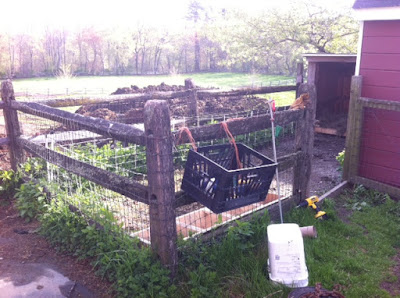 This pen used to belong to Wilbur, the Viet­namese Pot-bellied pig. But since he’s decided he’s more com­fort­able in the barn, it seemed like the per­fect place to keep our pig­gies for the first cou­ple weeks that they’re here before we’re ready to put them out to pasture.
After a beau­ti­ful two hour drive we arrived in Bath, NH, home to Clin­ton and his pig farm. We’ve emailed back and forth with a num­ber of dif­fer­ent poten­tial piglet sell­ers in the last cou­ple of months, some much closer to us than North­ern New Hamp­shire, but Clin­ton had impressed us both with his knowl­edge and his love of pigs. His barn con­tains tons of mama pigs and their lit­ters, and they all seem very happy and healthy. Clin­ton was hon­est, straight-forward and full of infor­ma­tion. In addi­tion, the piglets that we received had already been wormed and cas­trated, and were guar­an­teed not to die (he promised to replace them if they did). 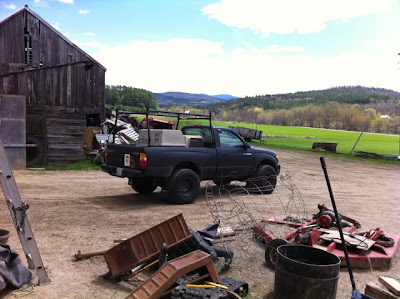 Clin­ton allowed us to pick from a cou­ple of dif­fer­ent lit­ters. We quickly iden­ti­fied which lit­ter was our favorite, and decided to take all our piglets from that one mama. It’s okay to mix lit­ters, but the pigs will often squab­ble at first, and we just liked the idea of keep­ing the broth­ers and sis­ters together so they would be more com­fort­able when we got them home. We picked out two match­ing red boys with black snouts, a white boy with a brown face and spot, and one lit­tle feisty girl with a white stripe across her back. We ruled out another larger girl because her tail was hang­ing straight and loose, which is often a sign that a pig isn’t feel­ing very well. Clin­ton picked them up one at a time by their back legs, try­ing to avoid the mama who appar­ently has a mean streak and is extra pro­tec­tive of her piglets, and loaded them into our dog crates. We had filled them with lots of hay to keep the piglets cozy and com­fort­able, and wrapped a tarp over the top to keep them out of the wind. 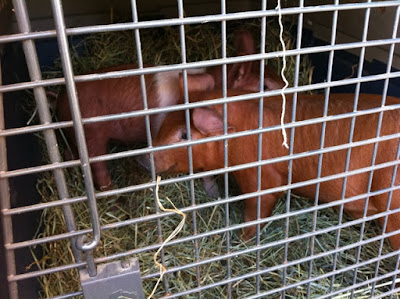 We checked on them once at a gas sta­tion on the way home and they seemed very com­fort­able and happy. Once we got them home, we placed them one by one in their new bed and watched as they rooted around in the hay for a lit­tle while and then stepped out to explore and dig around in their new pig pen. 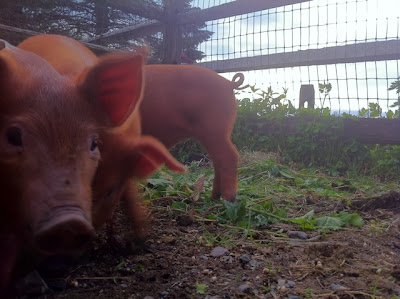 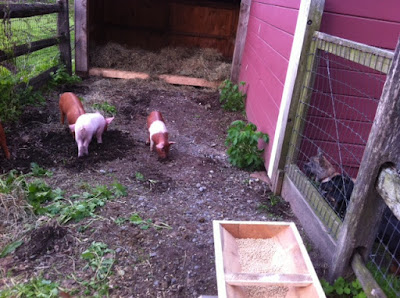 In Other News:
The fence has been put up around the kitchen gar­den, so now we can start really plant­ing the raised beds in earnest. 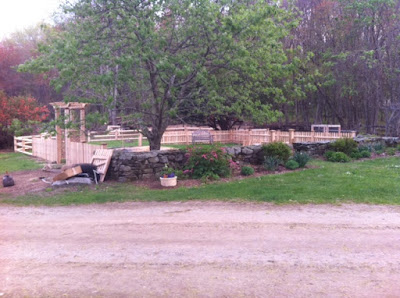 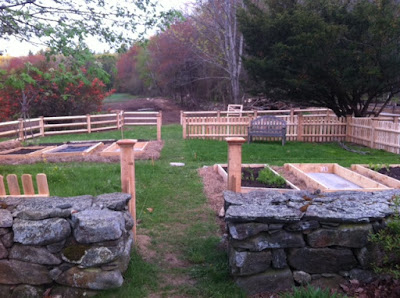 Dave also har­rowed the field on Sun­day, so all the big sod clumps are bro­ken up and buried. Only one more week (to let the sod really break down under­ground) and we can start planting!
Com­ing Soon: Piglet videos!
Mean­while… 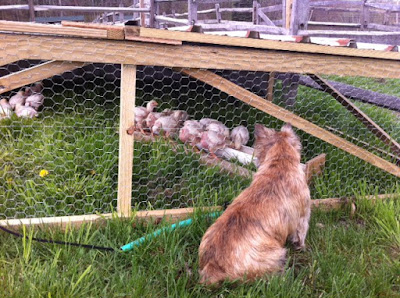 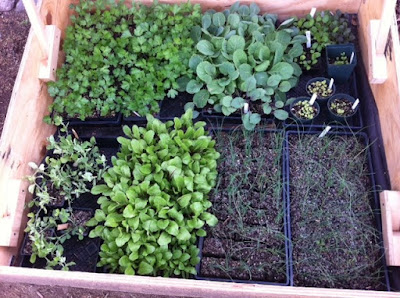 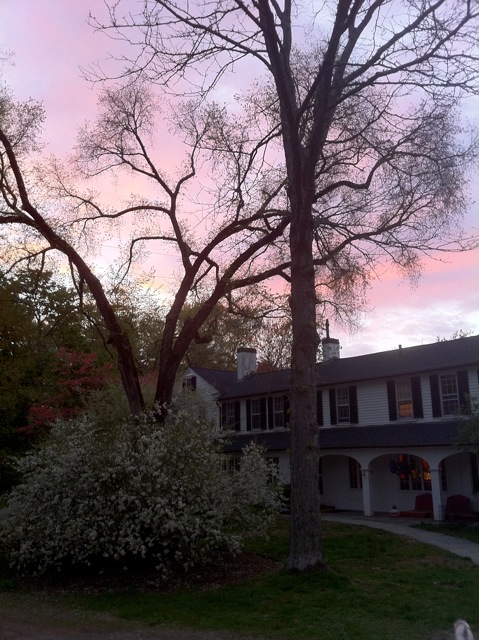