First of all, I hope that you’re all enjoy­ing our new site. Aside from hav­ing a sleek new ban­ner, some new pages and a bet­ter URL address, our web­site also makes it pos­si­ble to reserve meat online using Pay­pal. Just got to our Pre-Buy Meat Online page.

I’ve been mean­ing to post for a very long time, but so much has been hap­pen­ing around here that I didn’t really know where to start. How­ever, yes­ter­day there was a big enough change that I couldn’t help but come online and share it with all of you… 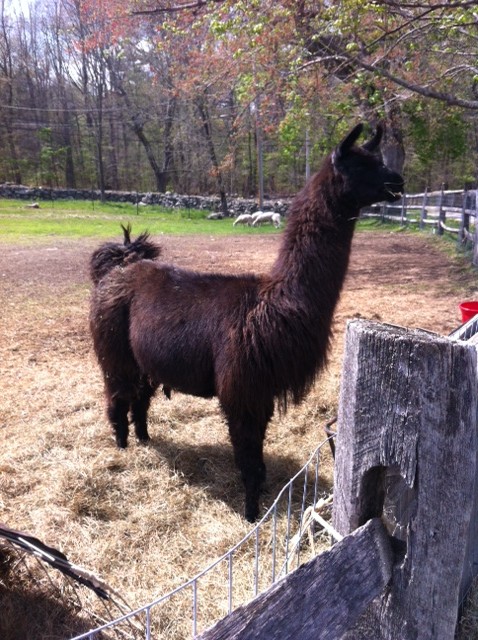 Meet Dia­mond, our new llama from Pel­ham, NH. Dave and I just went to pick him up yes­ter­day, and so far he’s exceeded our expec­ta­tions for awesomeness.

I’m get­ting ahead of myself though. This all started because we’ve been look­ing into find­ing some other pas­tures for our sheep to graze on this sum­mer. Because we bred all our ewes to a Finn ram, a breed that’s known to throw triplets, quadru­plets or even quin­tu­plets, I’ve been get­ting a lit­tle ner­vous that we were going to end up with more sheep than we have pas­ture for at Black Brook Farm. Add to this worry the fact that we’ve been get­ting very lit­tle rain so far this year, and we have to ready our­selves for the pos­si­bil­ity of a very dry sum­mer, and you can see why we might want some back up fields. How­ever, the more we talked to peo­ple, the more obvi­ous it became that there was no way that we could put our sheep out on pas­ture some­where with­out pro­tec­tion against coy­otes. Dave and I have yet to see a coy­ote since we moved to BBF (which could be because of all the bark­ing dogs, or the horses, or just blind luck) but there are surely coy­otes in these woods too — so that’s where Dia­mond comes in! We researched some dif­fer­ent ways to pro­tect our girls and their babies from preda­tors — guard dogs, per­ma­nent struc­tures — but a llama seemed like the best solu­tion. Dia­mond eats the same things that sheep do (unlike a dog), he doesn’t require any spe­cial train­ing, and he’ll stay behind 4′ elec­tronet fenc­ing! Plus, he’s a per­fect gen­tle­man, and appar­ently has never spit at a human, he just doesn’t like coy­otes. There’s lots of infor­ma­tion about guard lla­mas online, but here’s a nice suc­cinct study if you want to read more:  http://www.sprucelane.com/guardllamas.pdf. 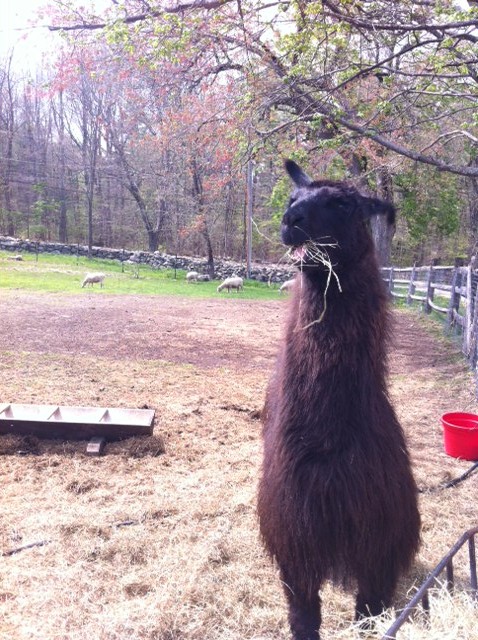 The sheep also have got­ten sheared and look more preg­nant than ever! We’ve expect­ing lambs to drop any day now. 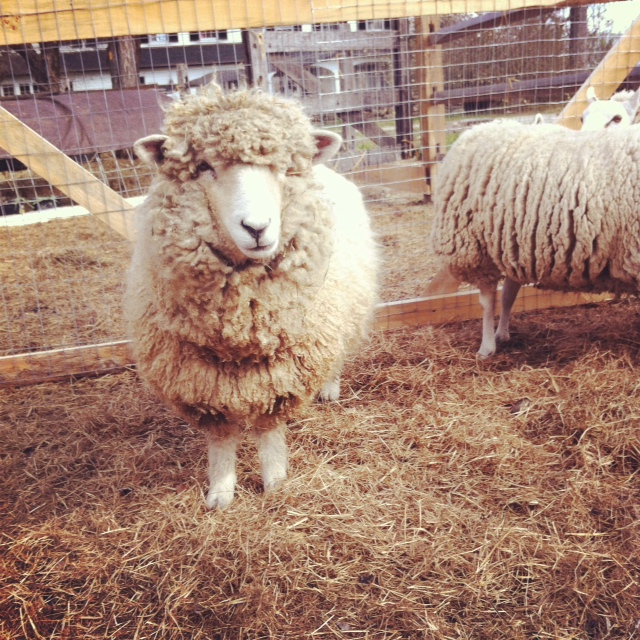 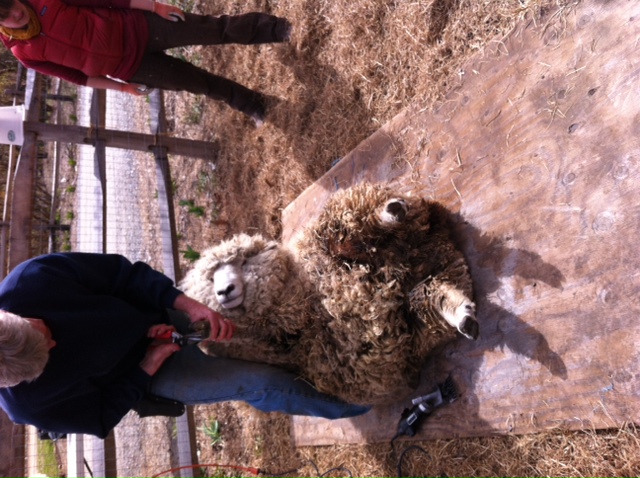 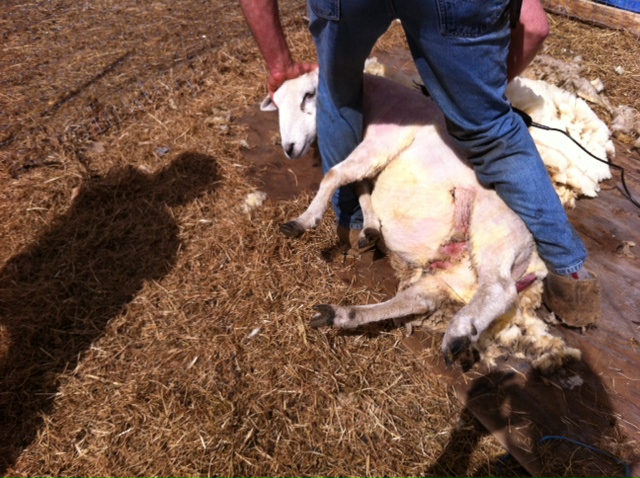 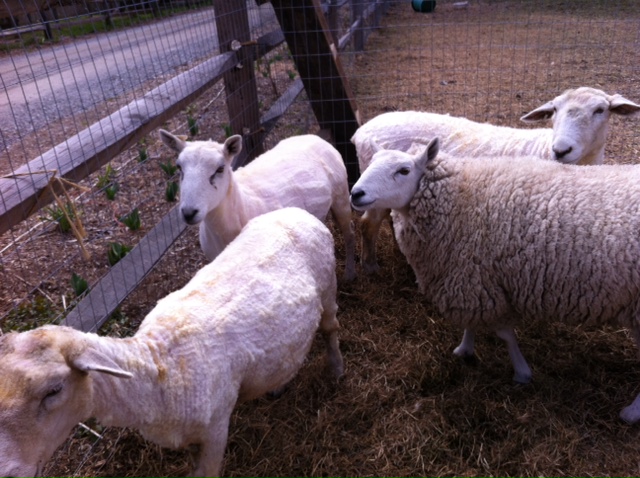 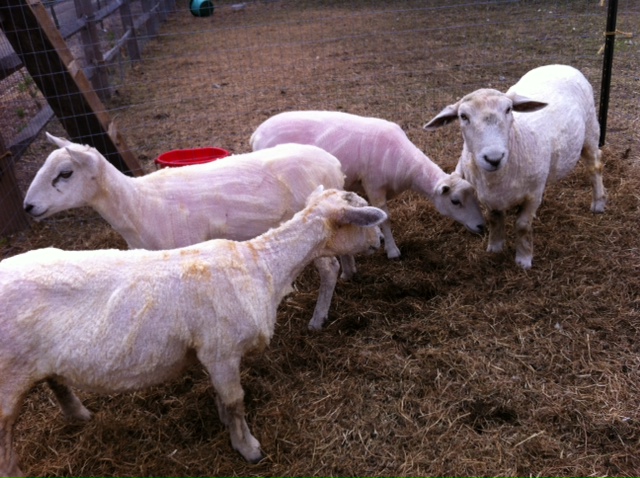 And now, finally, our new baby chicks and piglets…We were on our way up to get our breed sow from Ver­mont when we got a call that she had had a mis­car­riage, so we decided to go with piglets instead. It’s sad that we’re not going to get a big beau­ti­ful pig momma, and that we didn’t get to see our piglets birthed, but it’s nice to have con­trol over exactly how many piglets we have (six right now!) I’m just going to post some pic­tures, and I’ll write more later. It’s almost 9 AM and there are things to do today so I have to wrap this up. 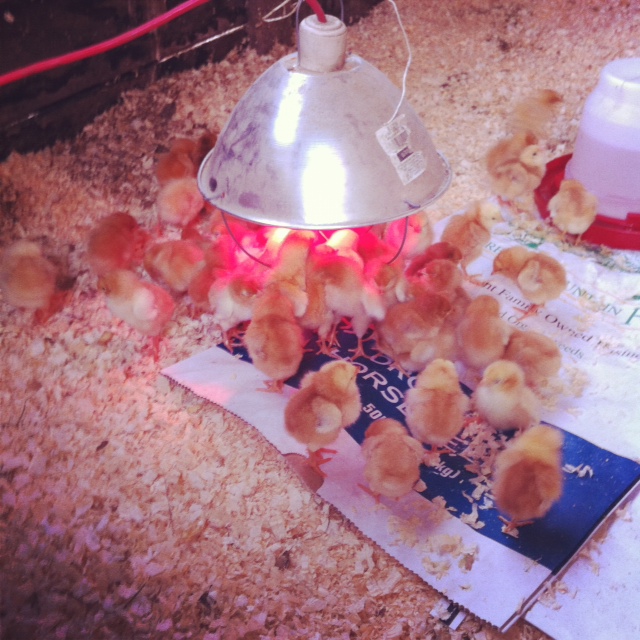 Baby chicks under the heat lamp 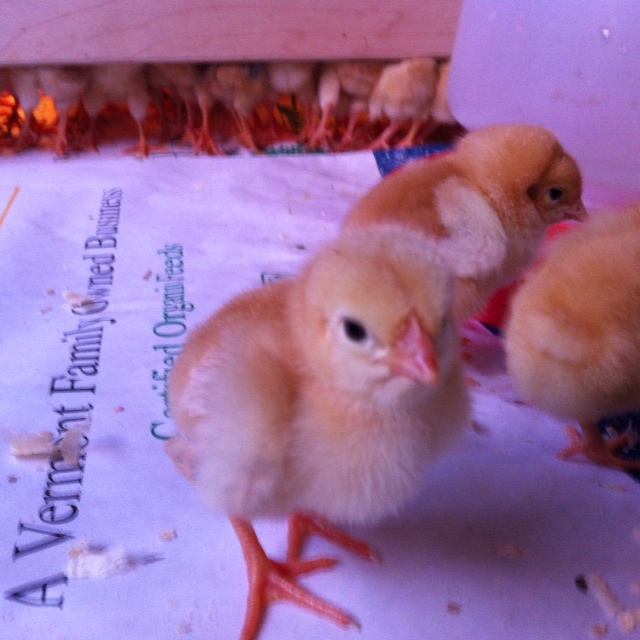 More baby chicks (note all those feet under the heat box)

Com­ing home in the trailer 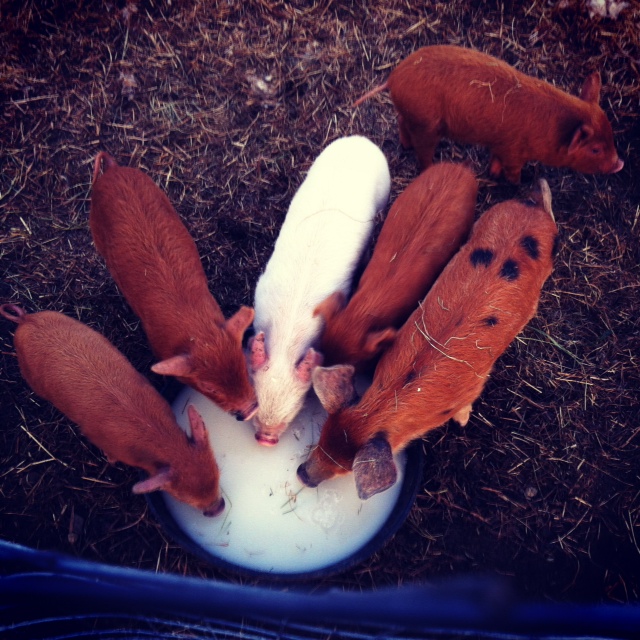 And finally, the pic­ture you’ve all been wait­ing for… 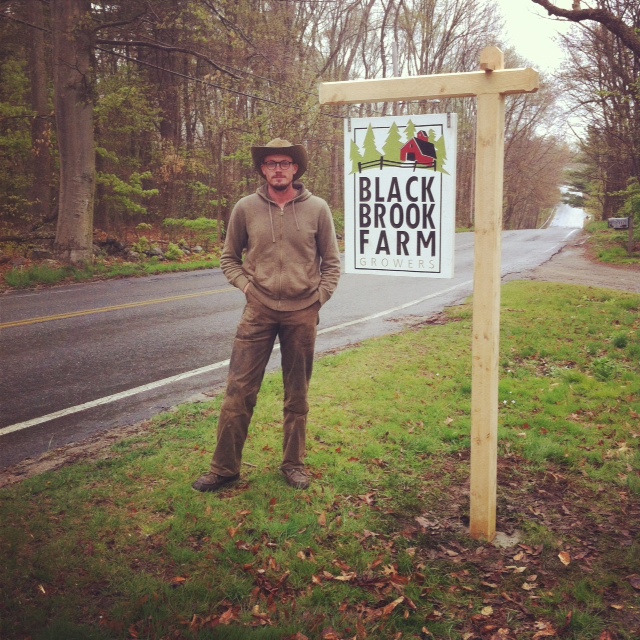